Can A Modern-Day Witch Help An Undead Detective Solve The Mystery Of His Own Resurrection? 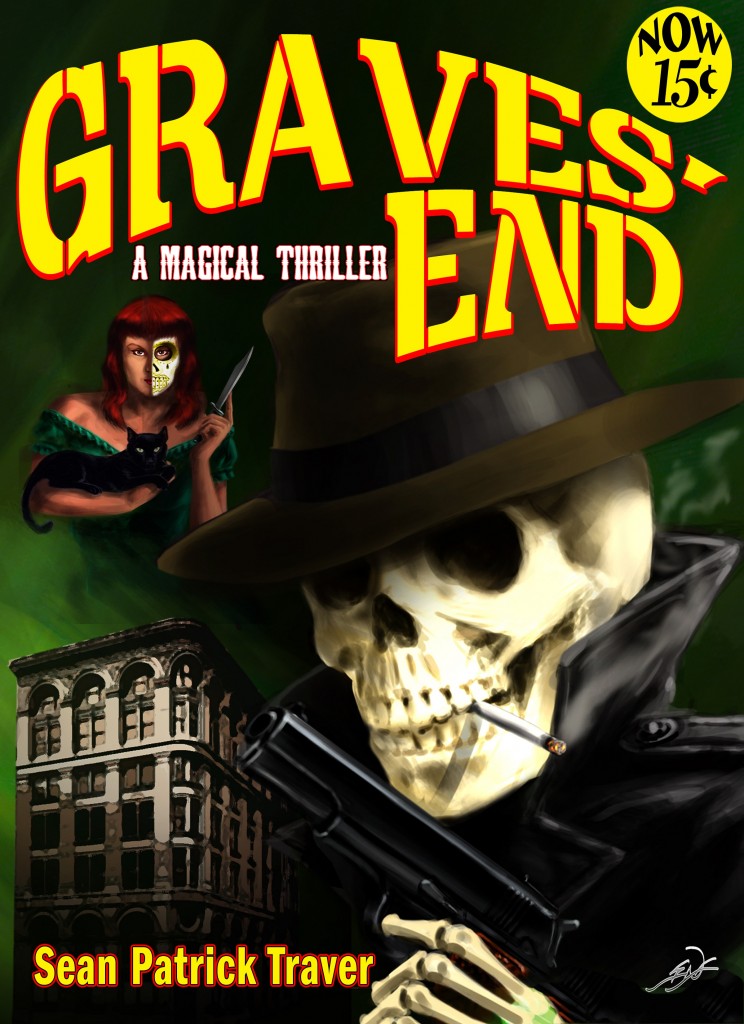 “A noir detective crossed with the best kind of urban fantasy. [Graves’ End] walks a fantastic line between urban fantasy and just plain dark fantasy (almost horror). It’s clever and fun, and I hope to see more of Dexter Graves in the future.“

Los Angeles PI Dexter Graves was pretty sure his life ended back in 1950, after femme fatale Ingrid Redstone shot him through the head.  When Graves involuntarily rises from his grave sixty years later, he finds himself drawn to freelance sorceress Lia Flores, who introduces him to an underworld he never could’ve imagined–a place where magic and crime intersect.  Suburban shamans, rogue necromancers, criminal cabals and computer-savvy mages all co-exist (often uneasily) within the secret cityscape Lia has learned to call her home.  She and her spirit familiar Black Tom set out to discover the meaning behind Graves’ unheralded intrusion into her enchanted life, but neither the witchgirl nor the skeletal detective has any idea they’re being set up by an old-school player on the LA scene: mobster/monster Mickey Hardface, also known as Mictlantecuhtli, the ambitious king of the Aztec realm of the dead.

Funny and fast-paced, this genre-bending love letter to the City of Angels blends surreal magical fantasy with the narrative drive of a taut crime story.  Epic in scope and rooted in California history, GRAVES’ END adds a new chapter to the mythology of the post-Halloween holiday known as el Dia de los Muertos—the Day of the Dead. 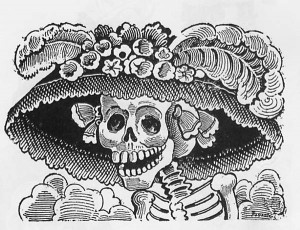 Or read the beginning now!

“Masterfully bending the constraints of time and reality, Traver twists everything into a plot that feels both brand-new and old-fashioned in a nearly perfect blend. … This whole story was a ton of fun, really spooky, and certainly well crafted. I highly recommend it if you’re a fan of the horror and fantasy genres. I hope they make it into a movie, kind of Roger Rabbit style, and completely awesome.”

5 out of 5 stars. The fantasy world here feels alive and breathing, fully formed and beautifully fleshed out. … Graves’ End was a way fun read. It moves well, it’s constantly hitting all the right notes of fantastical and mysterious discovery, but it’s light-hearted and often really funny. Recommended.

(Read the entire review on Goodreads!)

*A thoroughly enjoyable read!* 5 out of 5 stars

“”A magical thriller,” indeed. It’s supernatural pulp-fiction noir, plus time(less) travel, with a bit of romance. Working and playing with movement between the realms of (ordinary concensus) reality, actuality, and the imaginal, this highly original story moves within a broad and deep mythos. At the same time it is written with a great sense of lightness and humor. And the characters are very easy to care about. This book enchanted me. My only regret is that I read it much too quickly, in “what happens next?!” mode. Oh well, that gives me the pleasure of rereading it to savor all the little nuances.”

“I’d call this “hard” fantasy; no elves and unicorns but lots of fast, well-written and gritty action. Consider our everyday world with some slight variations; a very logical type of magic is real, the Aztec god of the dead runs a corporation and a private eye who died in 1950 comes back to life today… as an animated skeleton. Interested? I really liked this one. Highly recommended.”

~by M. Landers, on Amazon

“If Tarantino wrote novels, I could imagine him popping out something like this. Sporting eccentric, sculpted wordplay like “monarchetype” that really sticks in the brain, Traver’s prose is always fun, despite the serious and bloody action that gradually builds up toward an insane climax… which works convincingly, in the strangest sort of way, following the author’s own brand of supernatural logic.”

~Kyle Timmermeyer, author of Legend of the Elementals

“I am only half way though Graves’ End, but I had to tell others who might be interested how much fun this book is. Travers’ writing is fast paced and he has a quirky humor which shows up in the plot twists and especially in his passages of dialogue. The dialogue can be really funny…I have laughed out loud in public places while reading. And yes, there is mystery and suspense & views of Los Angeles over a hundred year period of time. Now I must get back to reading. What a great movie this would make…ala “Who Killed Roger Rabbit?“

*Modern Fantasy Adventure, a cat, a witch and a skeletal PI* 5 out of 5 stars

“An excellent read. … This is a modern fantasy which has a flavour of the metaphysical games played by Tim Powers in his LAST CALL and EARTHQUAKE WEATHER novels.  Rush out and buy it…. NOW!”

“Traver’s writing is fast paced and keeps the pages turning, creating a world where hard boiled crime fiction and fantasy elements blend perfectly. His LA is steeped in history and culture, and creates an inviting, gritty, wonderful atmosphere that’s already brewing a soundtrack in my head.”

(read the entire review on Goodreads!)

“Sean Traver, a very talented up-and-coming writer, has just released his first novel, GRAVES’ END. … It’s a magical thriller set in Los Angeles, its magic deriving from Mexican mythology and mysticism, and it has one of the most touching and arresting first chapters I’ve ever read in a fantasy novel.” 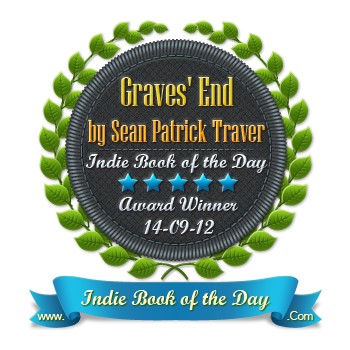