Get It From Amazon!

Winter Horror Days is a holiday-themed horror anthology from Omnium Gatherum Press featuring members of the LA chapter of the Horror Writers’ Association, with proceeds benefiting the HWA’s hardship fund. My story, Witch Sisters, is about a gang of rogue nuns who kidnap a bishop of dubious authenticity and force him to perform an exorcism.

Get it from Amazon!

A Mindblowing Tale Of Creative Chaos vs. Corporate Control Set In The Surreal Los Angeles Of Tomorrow… 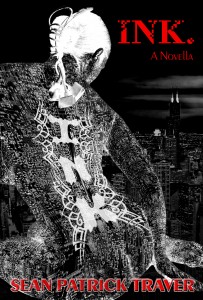 Most biochemists don’t work out of a tattoo shop’s back room, but then, Serra isn’t most biochemists.  She’s a neurodigital programmer, the best in her specialized field.  Want an education in a pill?  Serra can upload libraries to your brain.  Need to forget a traumatic event?  Serra can wipe your wetware clean and leave the memory of an island vacation behind.  Without her revolutionary work, the Bane Corporation never could’ve evolved into a global superpower within a few short years.

But now Serra’s on the run from her former employer and his private police force.  Head of State and CEO Peter Bane means to tempt her back into the fold with a new project, one that will blur the lines between science and magic and keep his company/kingdom on the cutting edge.  If Serra won’t cooperate, however, then BaneCorp is ready to silence her… for good.

Get it from Amazon: INK.

Or Read the Beginning Now! 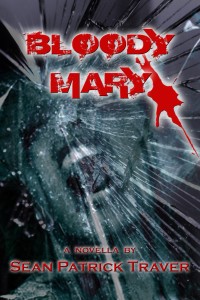 Light The Candle, Say The Name…

When six friends from LA’s San Fernando Valley play a classic slumber party game, they accidentally awaken the imprisoned spirit of Bloody Mary Leuthold, a malevolent witch who begins to stalk them from every mirror and reflective surface.  Now it’s a race against time before Mary can claim nine victims and escape the mirror to live again!

A thrilling tale of magic, mindgames, and murder in the Los Angeles suburbs, this previously-unpublished short novel (approx. 40,000words/120pages) delves into the mysterious world that lies behind the looking glass— the place where our worst nightmares sleep.

Get it from Amazon: BLOODY MARY

Or Read the Beginning Now!