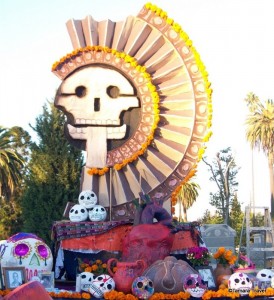 You wouldn’t have called yourself Aztec, first off— historians applied that name later on.  You would’ve been Nahua or Mexica by your own description, a speaker of the indigenous Nahuatl language, and your traditions taught you that a person undergoes three deaths.  The first when the body expires, the second when it’s placed in the ground.  The third and final death occurs when no one living remembers your name anymore, so take a number and get in line.  You’re going to be here for a while.

You know that several housing options exist for the newly deceased, although assignment to an afterlife is based less on how you lived than on how you died.  Warriors, including women who perish in childbirth (casualties in the ongoing fight to bring new life into this world), become hummingbirds that either track the sun in its course across the sky or else descend with it into the underworld at night.  Those individuals lucky enough to die by drowning are forwarded on to the watery paradise of Tlalocan, while pretty much everybody else trickles down to the lowest point in the cosmos, a vast and dreary plane called Mictlan.  It’s this realm’s king, Mictlantecuhtli (pronounced Meekt-lahn-te-koot-ly), who oversees the entire soul-sorting operation.

Mictlantecuhtli.  You’ve seen him depicted as a freshly-flayed skeleton with bulging, lidless eyes and his jawbone gaping wide to swallow the stars that disappear during the daylight hours, perhaps in the decorations of the temple at the heart of Tenochtitlan.

(The Aztecs’ ancient capital has been built over as Mexico City in our modern-day world, but in 1994 a pair of statues was excavated at the site of the former temple.  While they’re often cited as being twin images of Mictlantecuhtli himself, the 2010 book “The Aztec Pantheon and the Art of Empire” by John M.D. Pohl and Claire L. Lyons instead identifies the statues as Tzitzimime, another class of being known to dwell within the boundaries of Mictlan.)

Lord Death was certainly a fearsome-looking deity in the sacred artworks you saw in life, often shown with his arms upraised to tear out hearts and a garland of eyeballs strung around his neck, but it’s not him you’re afraid of now.  Gloomy as it sounds, Mictlan is known to be a place of rest and quiescence for the departed… once you get there.  Not every soul, or teyolia, makes the four-year journey in one piece.  Mictlan has nine levels, each with a corresponding obstacle to overcome.  You’ll need to pass between two mountains that crash together, and climb another made of jagged volcanic glass.  Wild beasts will try to tear you limb from limb, arrows will pierce your body, and frigid winds will slice your skin.  Fortunately, your family was kind enough to cremate and bury a small red dog alongside you, to act as your guide through this grueling series of challenges.  They also left you with a jade bead to offer Mictlantecuhtli in place of your heart.  A little bribe, something to ease your way and ensure your comfort when you finally reach rock bottom and meet the king of the dead.  Very thoughtful of those you left behind.

So you’re on your way.  The trip won’t be easy, but at least a respite from all of life’s agonies lies at the end of the path.  And who knows, you might even be back for a visit now and then.  The relations who buried you with a dog and a bead aren’t going to abandon you now.  They and their children will continue to build marigold-covered altars to honor the dead every year and to ply returning spirits with offerings of favorite foods and drinks, just as you and your ancestors always did before them.

Life is short but memory is long, even in a changing and uncertain world like this one.

The Dia de Los Muertos traditions we celebrate today are a complex blend of customs and beliefs, both imported and domestic.  The Conquistadors did their best to eradicate the practice of native ceremonies, but, as in the case of Haitian Vodou, some rituals and mythic figures endured by putting on acceptably Catholic-looking masks.  Dominican Friar Diego Durán (a Nahuatl translator and a sympathetic recorder of Aztec myths) noted that the Feasts of the Dead, traditionally held in late summer, had been moved to coincide with the European tradition of All Hallow’s Eve even before his death in 1588.  So it seems that Mictlantecuhtli never really went away at all— he just went further underground.  Today, as with all our ancestors, it’s living memory that keeps the old god’s name alive, and who knows how long our memory might last? 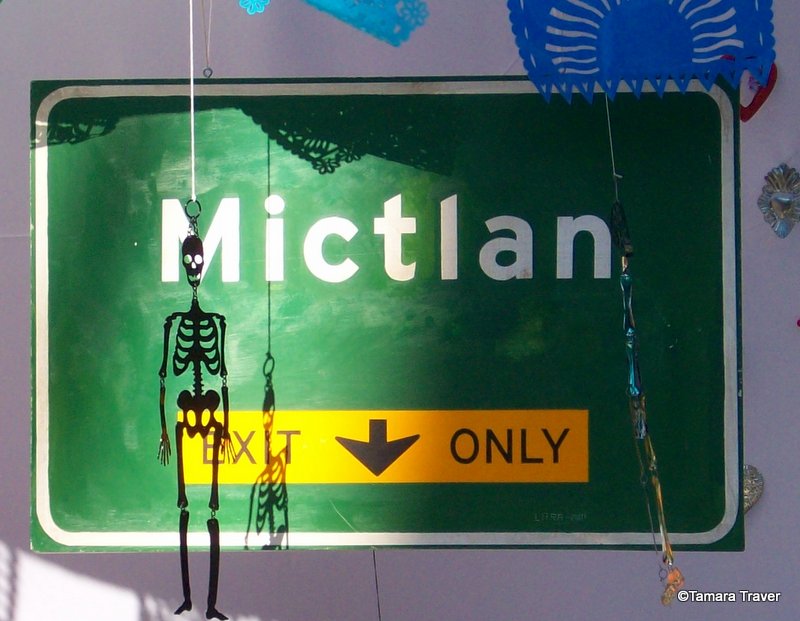